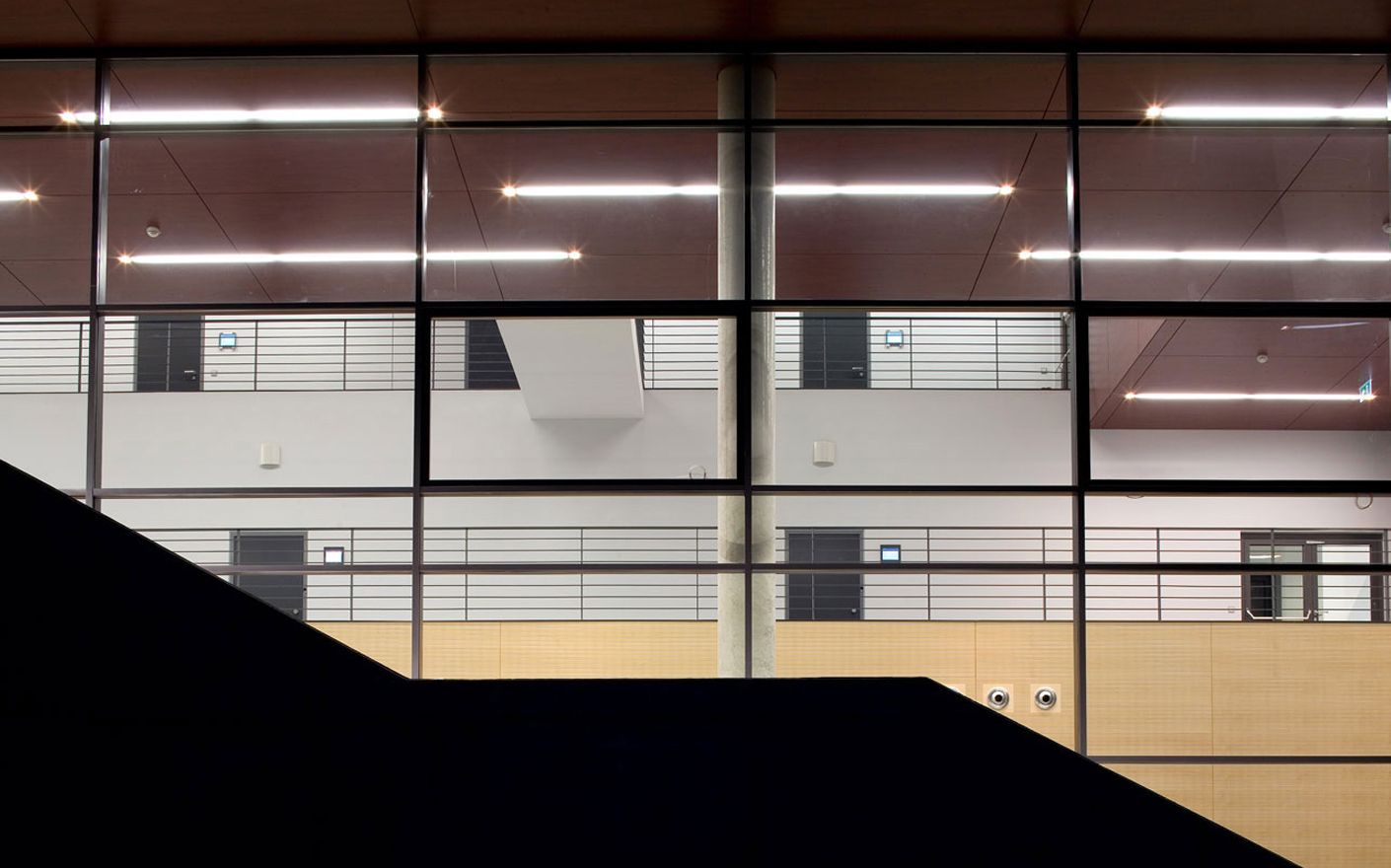 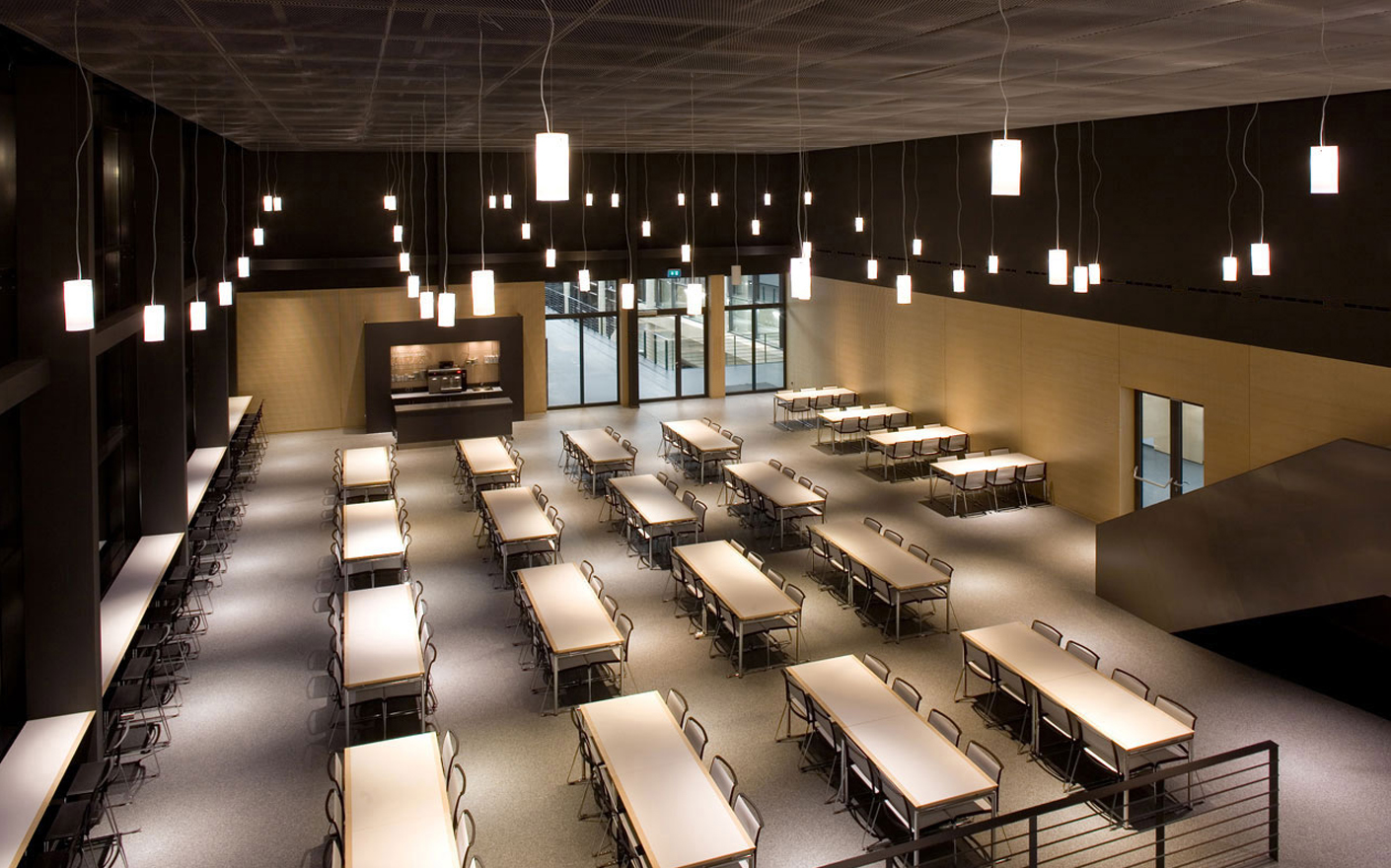 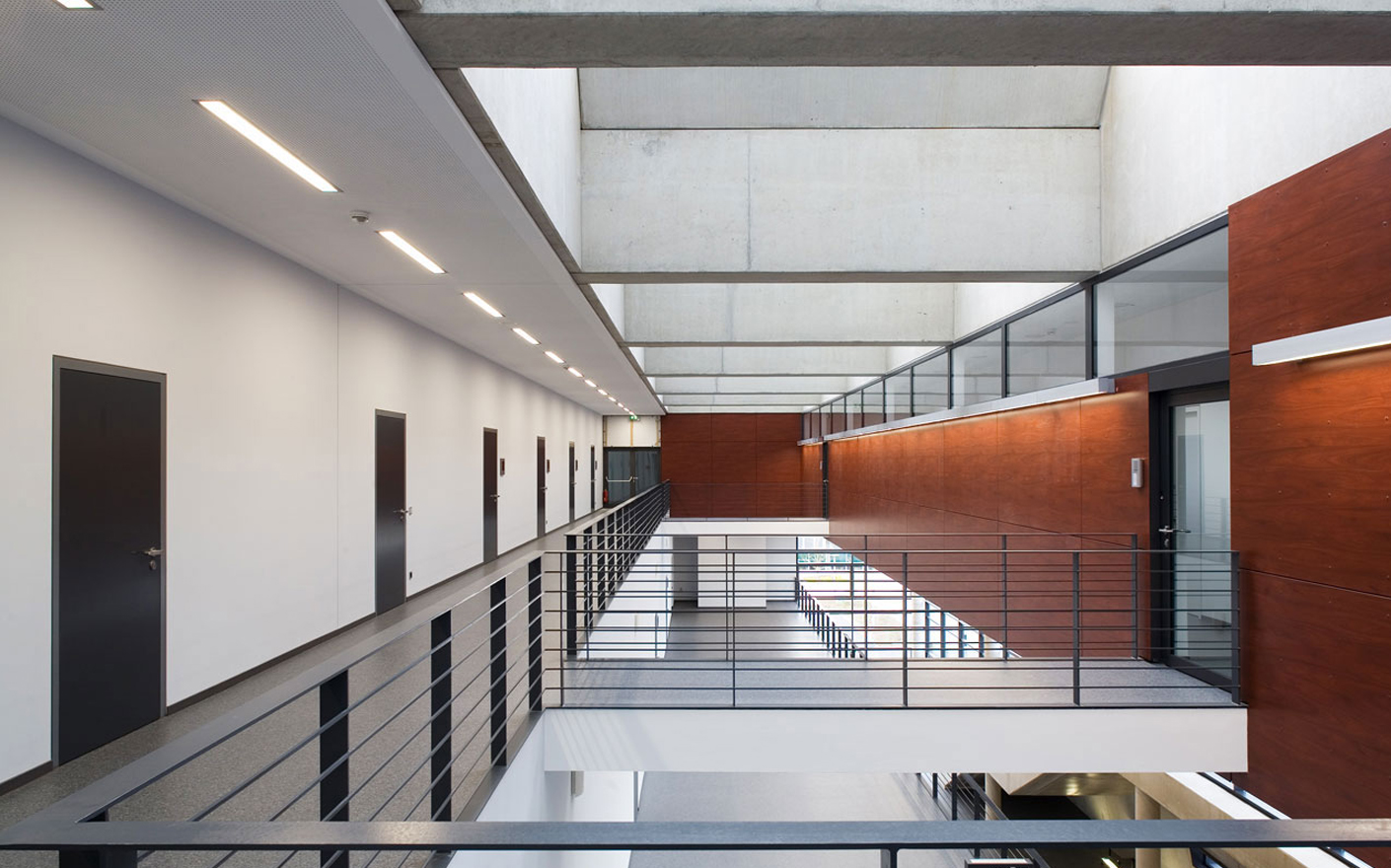 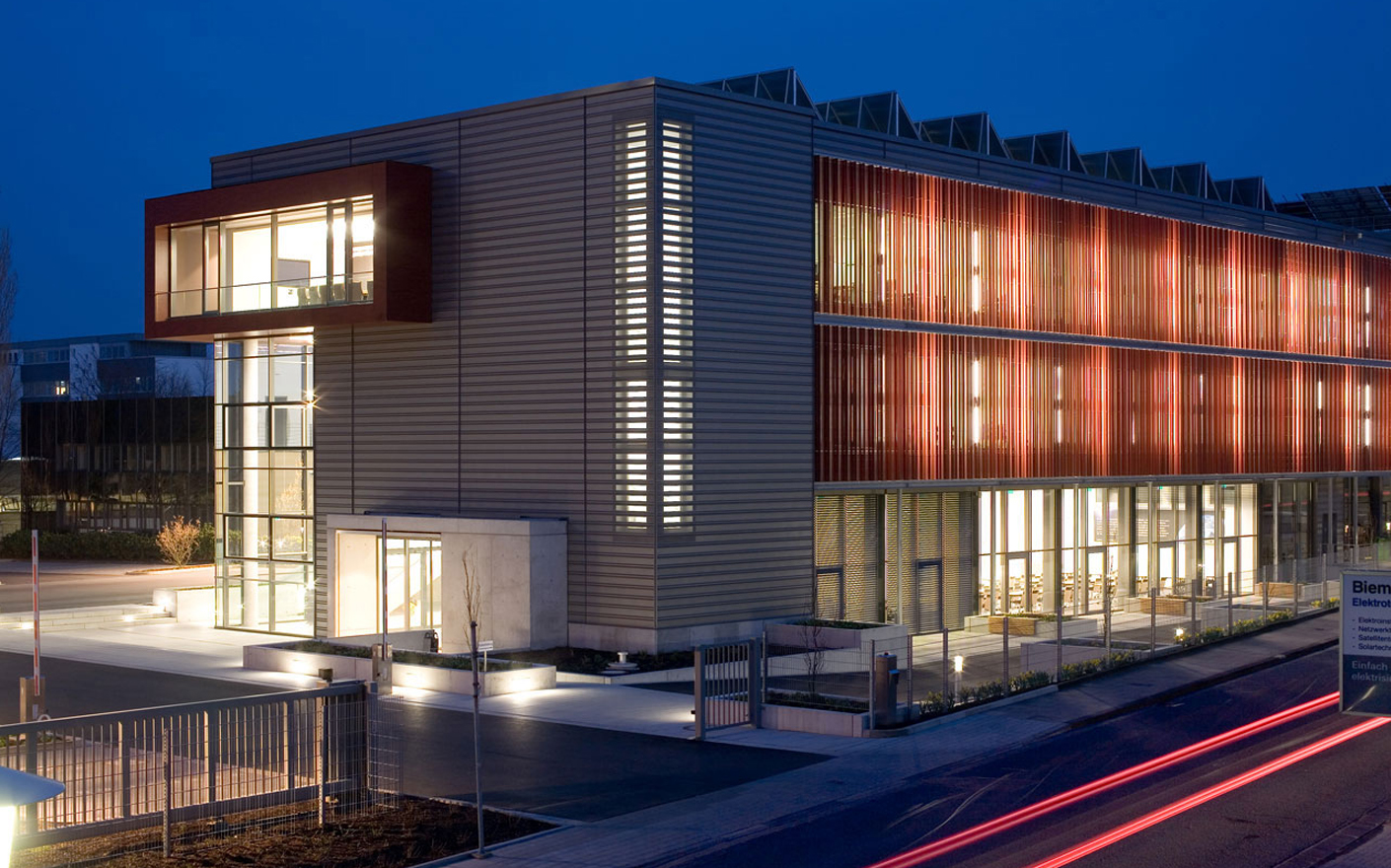 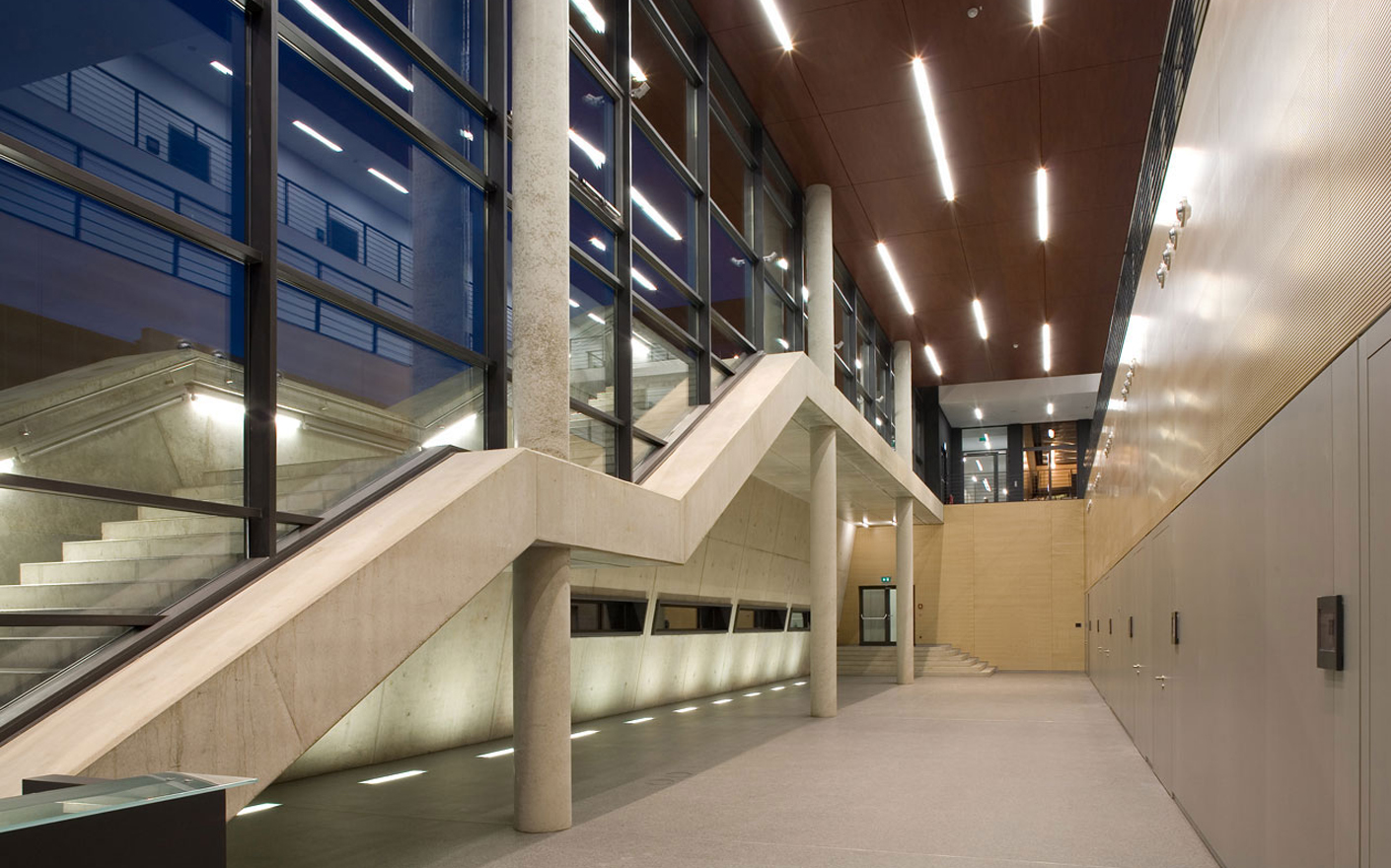 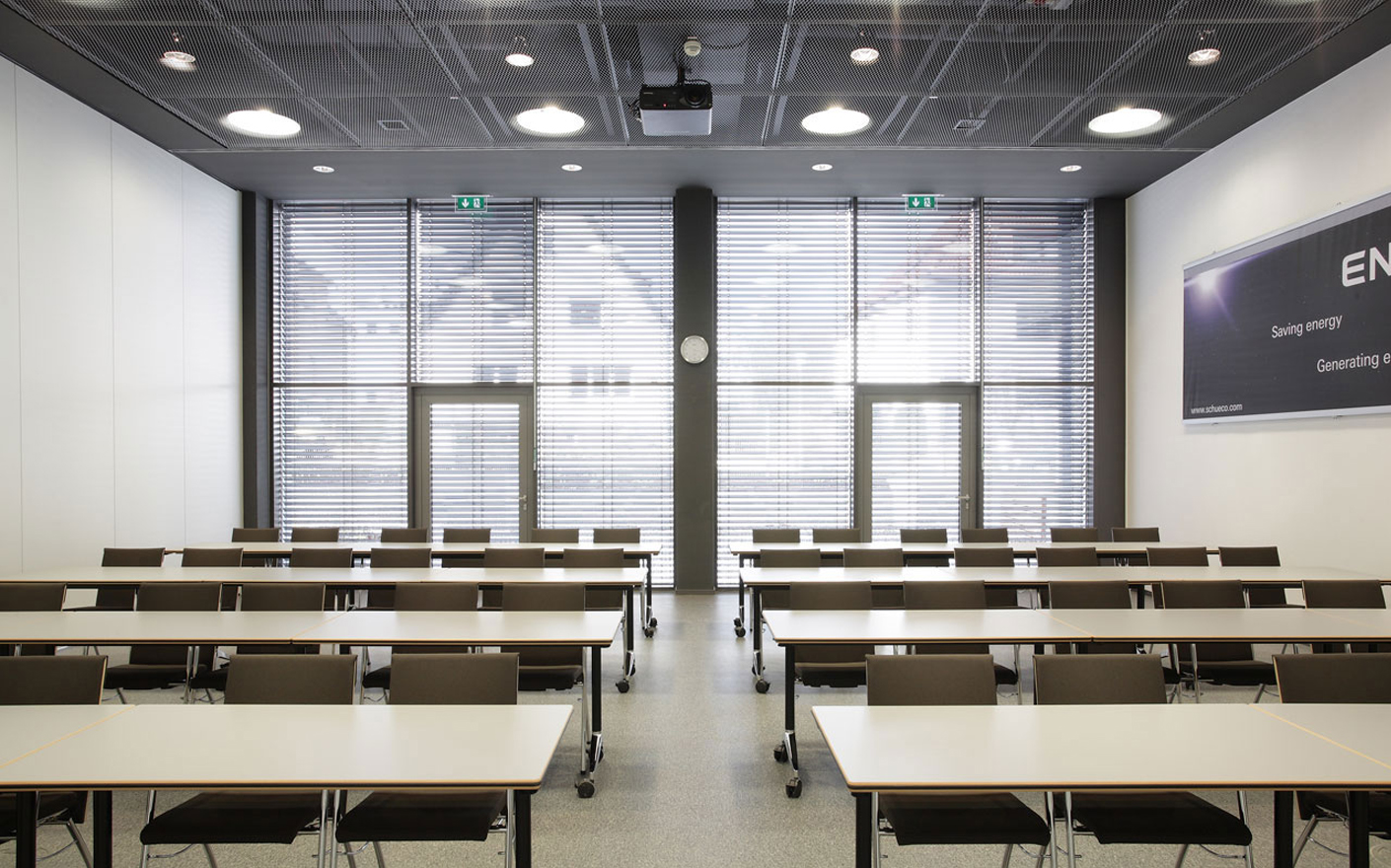 During the day, daylight floods the Schüco training center. During the hours of darkness, light lines trace the architecture and dynamize it. The result is a combination of general and accent lighting.
The lighting atmosphere in the training rooms can be controlled according to requirements. In the canteen, luminaires suspended at different heights form a second level.
In the evening, the building is illuminated from within. The louvred facade is flooded with soft light from behind, enlivening the building’s appearance in the dark.