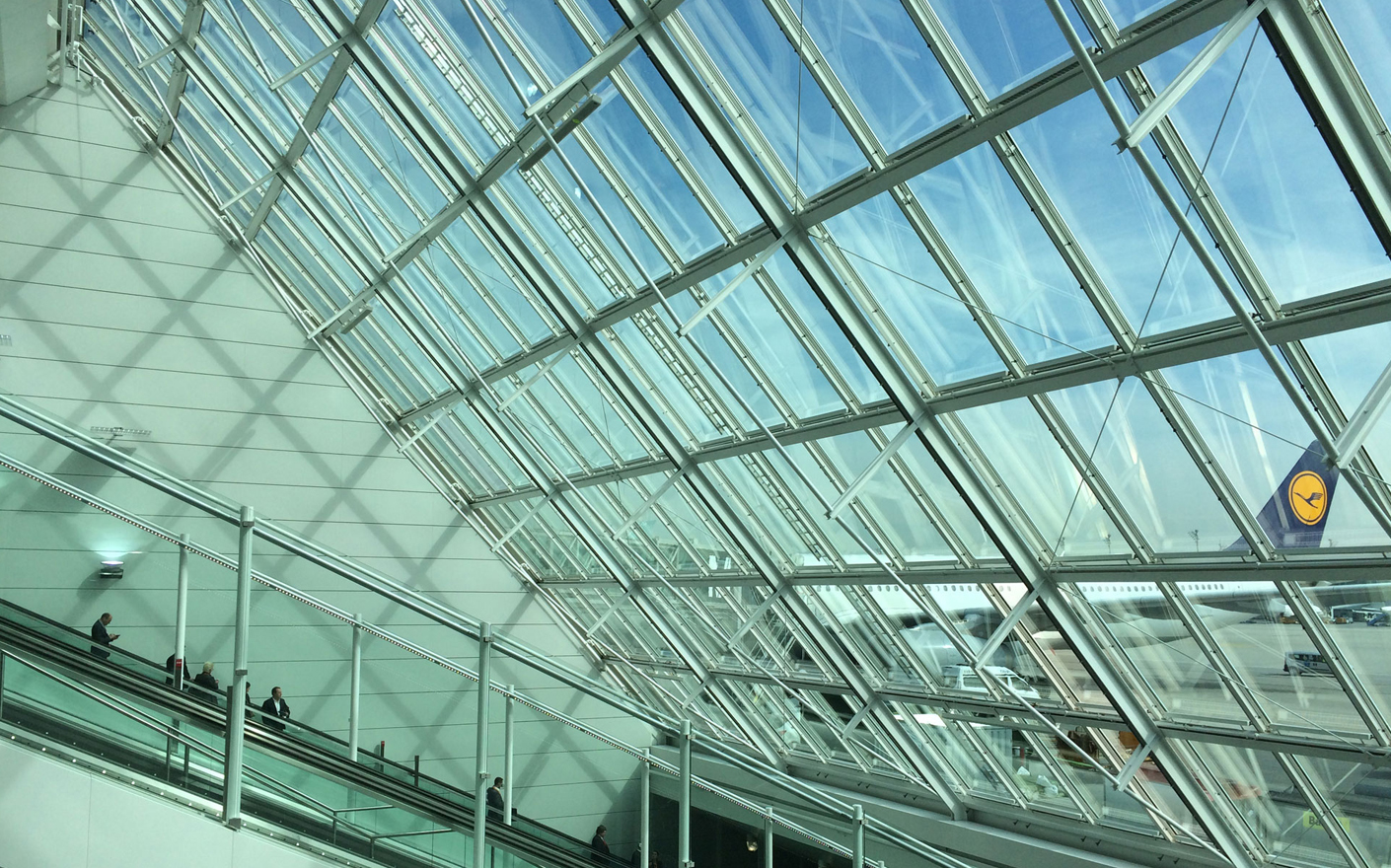 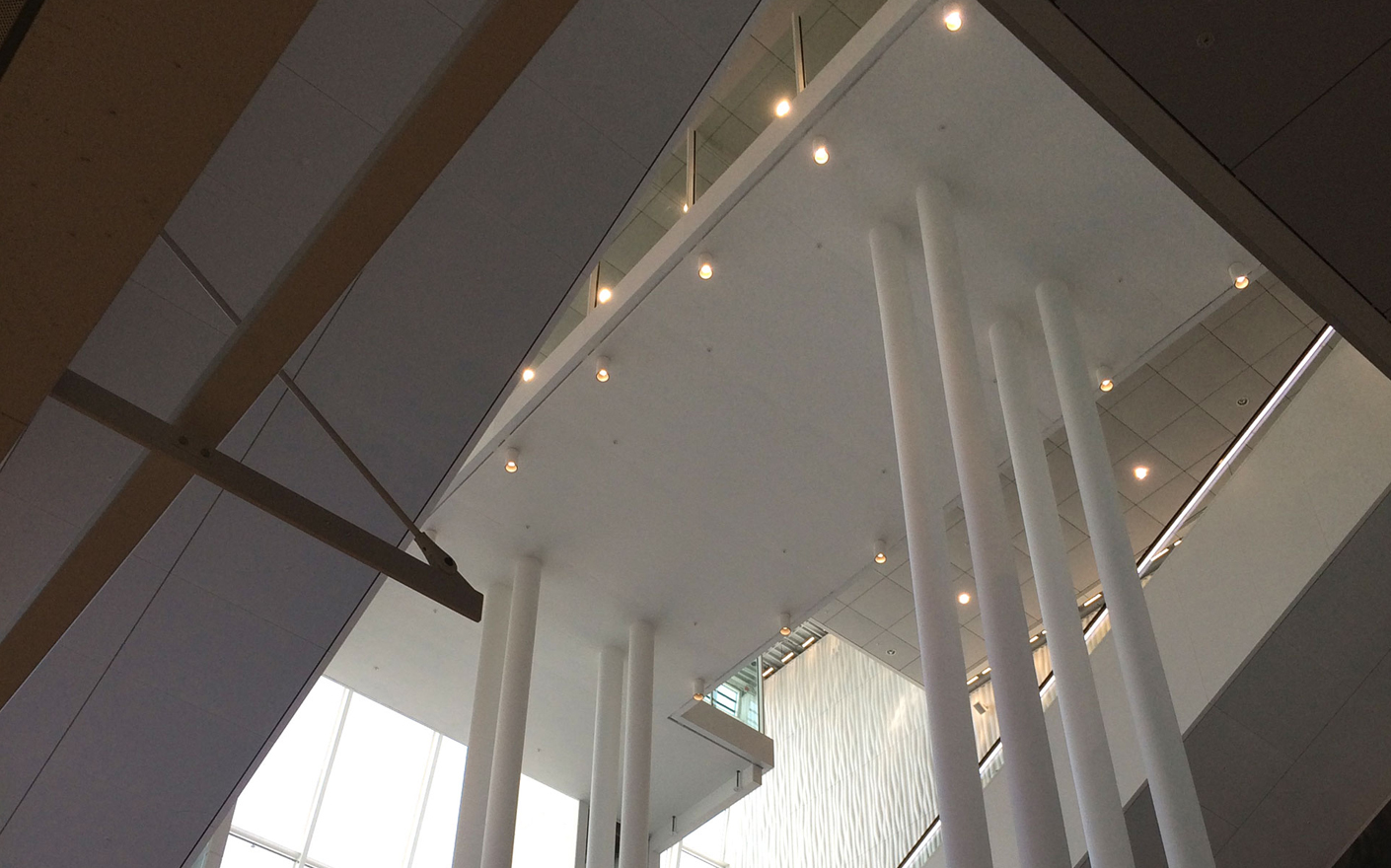 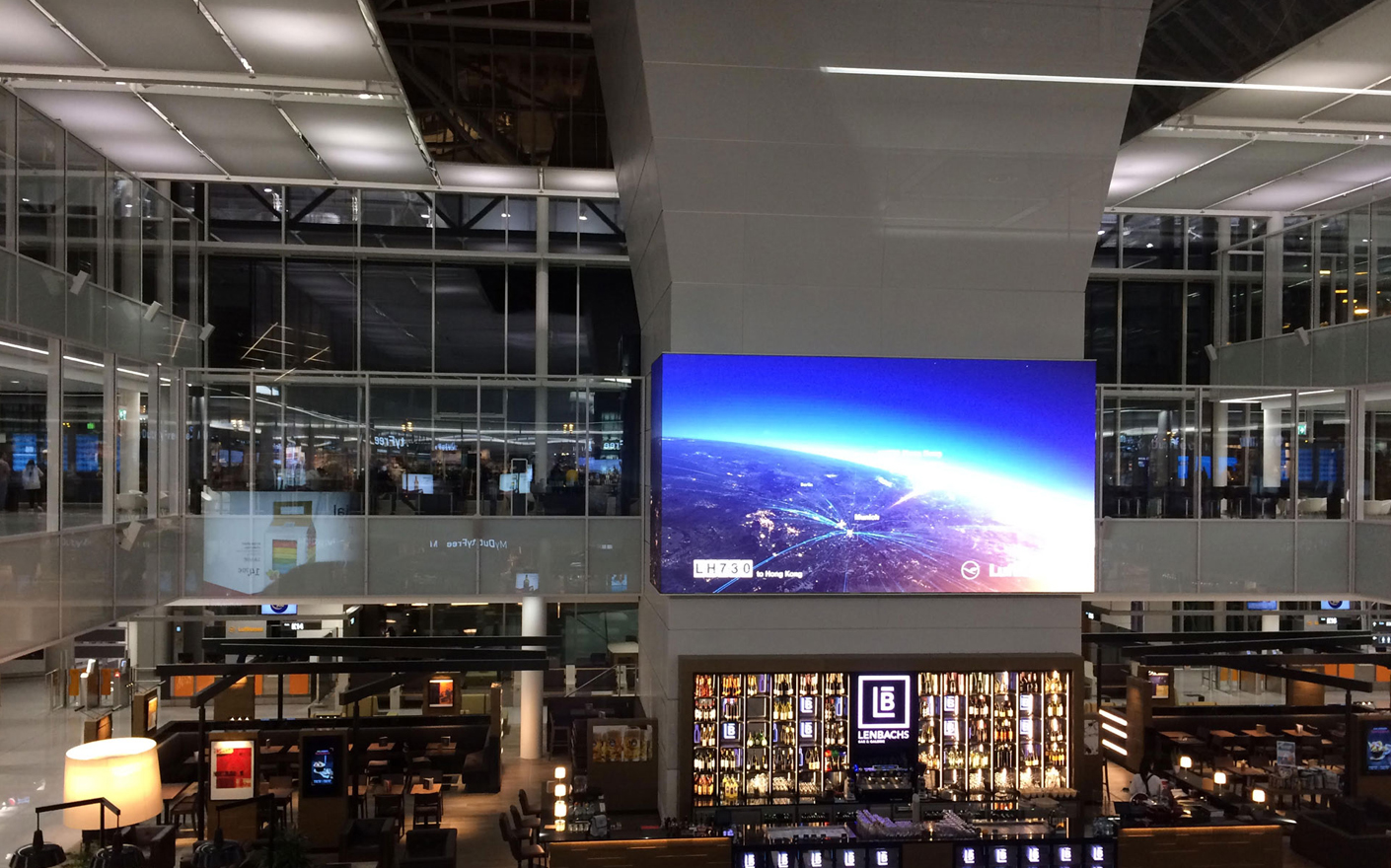 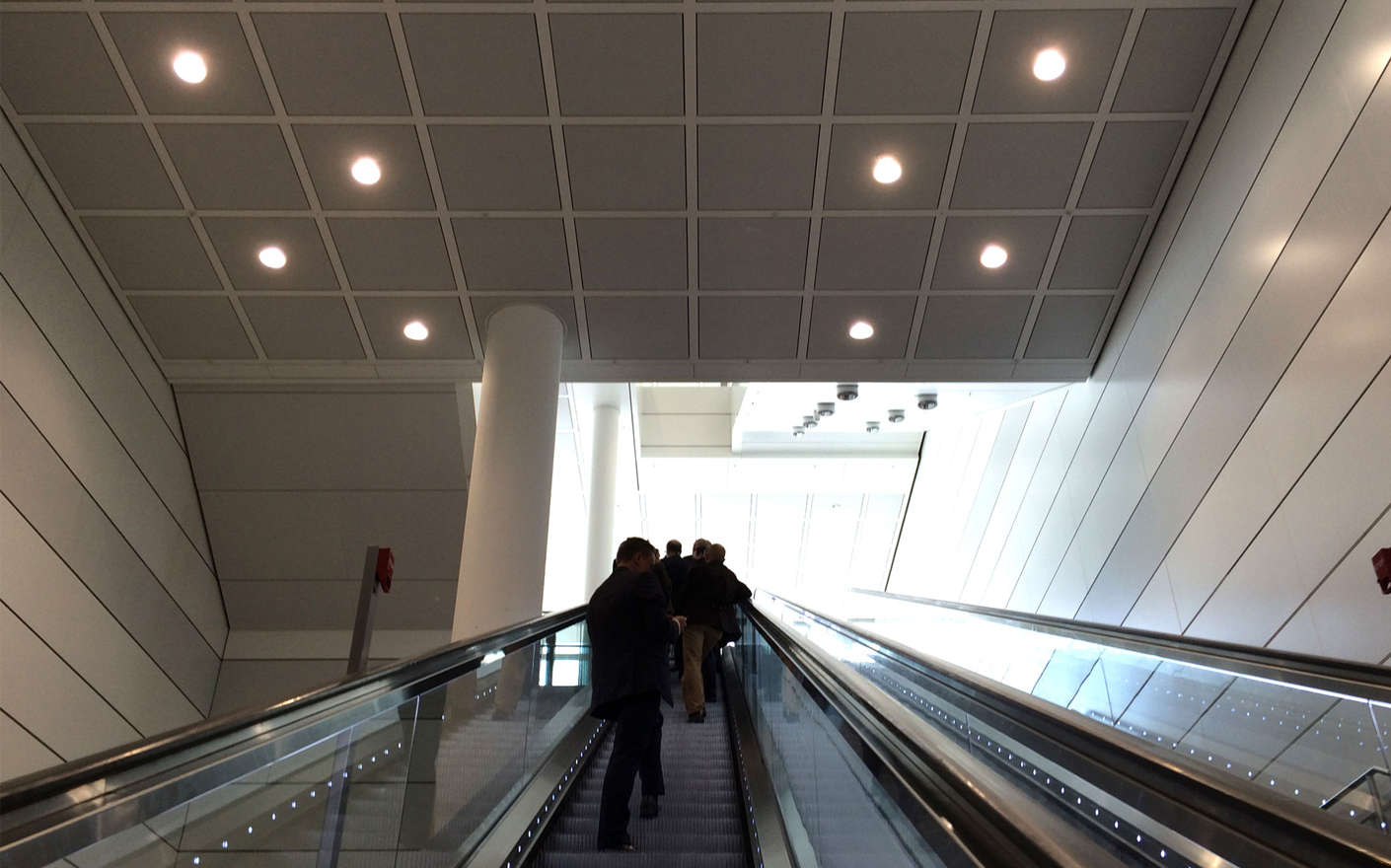 Daylight dominates the Terminal 2 of Munich Airport, designed by Ulrike Brandi Licht in 2003.
That is how it is with the satellite terminal: plenty of daylight that spreads a spacious and friendly atmosphere.

The central area around the existing tower is a multi-storey hall. As with Terminal 2, the hall receives direct and indirect light via light and acoustic sails reminiscent of clouds. The sails screen out excessive sunlight but allow the ceiling to appear bright in the evening.
The elongated pier receives daylight on both sides through the glass facade. The “WC and technology cores” are located in the middle of the pier, illuminated over a large area to make it easier for passengers to find their way.

The pier’s ceiling pattern features flush-mounted linear luminaires that are indistinguishable from the ceiling panels when switched off during the day. The ceiling is elegant and smooth.
To keep the retail areas from spilling out into the traffic zones, architects Koch & Partner designed a kind of frame for the entrances to the stores. The light emphasizes these generous slanted frames and creates a calm atmosphere in the satellite terminal.